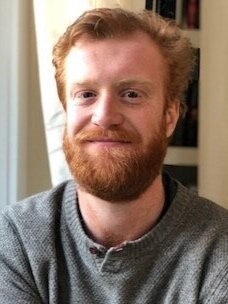 Nathaniel is a 2nd year Graduate student in the Clinical Psychology program at Penn State University. He grew up in both England (UK) and New England (USA), and attended Cornell University where he graduated with his B.A. in 2013, double majoring in Philosophy and Film Studies. After spending the first part of his career in and around the film industry, he became interested in how storytelling functions at an individual level to frame a person’s set of beliefs. In 2018, he began work at Mclean Psychiatric Hospital in a residential unit for people with Borderline Personality Disorder (BPD). He is interested in better understanding our capacity to tell personal stories with room for revision and uncertainty. Moreover, he is hoping to better understand how certain personality pathology can increase a person’s sense of certainty and splitting-like behaviors. Nathaniel loves creating bizarre structures and is currently wrapping the trees outside his home in Mylar and LEDs.